In today’s marketing and advertising campaign landscape, video is king of the castle. 87% of marketers say they are already using video as a top marketing channel, and 54% of consumers report that they want to see even more video content from the brands they support.

Whether you’re a full-scale studio or an in-house brand team outsourcing video production, this growth is ramping up the scale and speed of video production project management.

Video teams not only have to juggle complex production timelines to get projects done, but also a deeply collaborative review and feedback process at every stage of video production.

As such, it’s even more imperative to scrutinize the internal video production workflows that are in place and how dynamic video assets are transformed, stored, and shared. Eliminating inefficiencies in work shared across Studio, Project Management, Client Management teams and other groups is critical to achieving faster production and video project management deadlines.

4 ways to save time during video production project management

Busy video teams know that every hour spent on a project counts. Clients often want to see new versions and cuts almost instantly. Here are five ways to save time during video editing and production.

1. Standardize the creation and management of video project briefs and storyboards

Before any shooting begins, client or project management teams spend lots of time hammering out the details of a new project with a client or internal stakeholder. Typically, this process happens over email or through shared drives.

Once a new or final project brief is submitted to the production team, it is simply emailed out to all of the project stakeholders--and a first cut is expected to magically appear from the video team.

There are two problems with this process:

Without coding the agreed-upon project deliverables, timelines, tasks, and versions into the actual creative production tasks and workflows related to those deliverables, production and project management teams often have a much harder time “closing the loop” in the video project lifecycle.

Ideally, any creative brief of project scope document should live alongside the produced creative (and its versions) as a constant/consistent reference point, as the brief was intended to be used. Here’s how to actually make that possible:

Instead of relying on email, video production or project management groups can use intake forms to capture all of the assets related to a project and connect it to a pre-defined, new project kick-off workflow.

These forms can be customized to include all of the information your video production team needs and for stakeholders to feel comfortable that the final deliverable will align closely with their vision.

Here’s a sample intake form for a project that may include video content as well as other related assets:

Once these forms are submitted, creative collaboration software can automatically transform the information on the form into a content proof. This proof can then be used as a point of reference throughout the entire video project.

Intake forms make sure nothing is missed during project planning or video requests, ensuring video production teams have all the information they need to produce accurate work.

By keeping a running file/history of the project brief throughout the entire production workflow, intake forms eliminate common delays in determining project details and ensure everyone has a reference for initial project scope as video cuts are developed--potentially saving hours of re-editing time down the line.

“It’s the best way to review and track comments on images, documents, websites and videos. It provides significant benefit to our team, clients and other project consultants. Initially, I thought it would only be valuable for reviewing images and assets we create, but it's often used for clarifying documents and assets we receive from external consultants that are important to get clear on so work can be completed efficiently."

2. Use new renders to kick off automated review workflows

Another major step where video production can come to a halt is the moment when the first video cut is ready to be circulated for review to project stakeholders.

One of the biggest potential inefficiencies in video production is simply getting video files from the Studio environment into the hands of stakeholders. Studio has to send it to Traffic, who sends it out to a client, and so on. That’s a lot of daisy-chain communication for complex files.

Once a video file leaves the editing deck, a number of challenges occur to get in into the right hands for review:

When first cuts are shared this way, it’s highly inefficient (not to mention a cost burden) to have your video editor simply waiting around monitoring email threads or toggling between systems to collect feedback.

Your video project management software should have workflow options that work with the flow of file sharing for video teams. Ideally, editors should be able to export files and automatically trigger file sharing and other review actions when a new file hits the shared drive or is exported out of Adobe Premiere.

These file transformations can be used to trigger exact review workflows that control the cadence of review across the entire project team.

For instance, a new video proof could be automatically created when a new MP4 is dropped into a video project management folder or exported out of Adobe Premiere Pro directly into a proofing system.

That simple export action can kick off a workflow that sends the file for review through the Creative, Legal, Studio, Traffic, or Client Management Teams--or all of them at different times. This automation takes all that the follow-up management out of the video editor’s hands.

This could also be accomplished with a flow triggered by new video content added or modified in Google Drive project space:

The benefits of this automation can be compounded into major time savings.

In fact, we found that video projects which utilize workflow see a 35% reduction in turnaround time, equating to an average of 26 days worth of time saved.

“I work for a government agency, producing tons of instructional and informational videos. Each video has to be approved by a different subset of managers. Ziflow has wiped away YEARS of confusing, convoluted workflow involving multiple email chains and conflicting inter-departmental requests..It maximizes communication between editor, producer and client without the need for constant meetings. Also, a splendid job at keeping everyone focused on the same version of a project that has undergone multiple revisions.”

3. Use on space for all video review, markup and approval actions

As we mentioned above in the discussion about optimizing automated file sharing and workflow, delays in feedback happen when stakeholders don’t uniformly have access to the right files in the right format for review.

Typically, that leads to team members and clients sending their feedback via an email, making it difficult to know exactly which frame of the video they are referring to when sending feedback.

Others may upload the video to Vimeo, YouTube, or another sharing system that doesn’t allow for robust, actionable markups. Video teams and reviewers then have to spend a significant amount of time simply comparing versions and video quality and compiling feedback from a variety of formats. That means:

How to  improve video production review across team members

Video production project management should centralize all feedback and collaboration in one video project space and tie that feedback directly to any element in a video. This accuracy is important as video cuts go through many versions that need to be compared side-by-side.

The most important thing is to set up your video project review so it is agnostic to any one reviewer’s platform or the video editor’s source file. Reviewers shouldn’t need to download the video file to their local systems or use other tools simply to work with or view the file. They should be able to log into a video project platform and know they can work with the most recent, accurate version of a video project.

This is especially helpful for large files. With a robust review platform, editors no longer need to worry about cutting an .mov file and worry that someone with a Windows system won’t be able to see a true version of the video.

Secondly, your video production project space should offer reviewers the most accurate markup and comparison tools possible. This includes: “As an animator, it is simply genius to be able to look at the clients comment in real time and with every comment timestamped. The ability to pinpoint an exact second in a video and send amends is really clever, it helps our clients provide us with the detail we need to get the job done and increase precision.”

The final step to improving video project management involves bringing all of the review markups, approval workflows and decisions, and high-quality playback options into your editing team's tools, as well.

Even with an efficient video project management platform in place for review, video teams often find themselves toggling between systems to see comments, compare versions, and implement changes. Video editors are still stuck managing two playback windows--one in the editing timeline as they make revisions and one in the space where robust video review has occurred.

Integrating your preferred video editing platform with your video review tools is critical for reducing errors, confusion, and delays in the video project management process.

Directly integrating video proofing with video editing systems like Adobe Premiere Pro and After Effects helps close the loop on these revisions and save your video editors a whole lot of manual work as they render new versions.

In order to save time while editing video projects, video editors should be able to:

Here is how a full integration between Adobe Premiere and video collaboration system looks in practice: “The integration of an After Effects plug-in has smoothed the workflow for video production tremendously. Being able to upload and send proofs directly from the software is a huge time saver!”

Planning and video production from pre-production into post-production is an intricate, fast-moving process that requires many collaborators to work with complex files and versions.

While your video team might already be using tried-and-true editing and markup tools for video, your video project management system can help gather feedback faster and more precisely--allowing you to get to the final cut faster version with less confusion for both video production teams, editors, clients and reviewers. 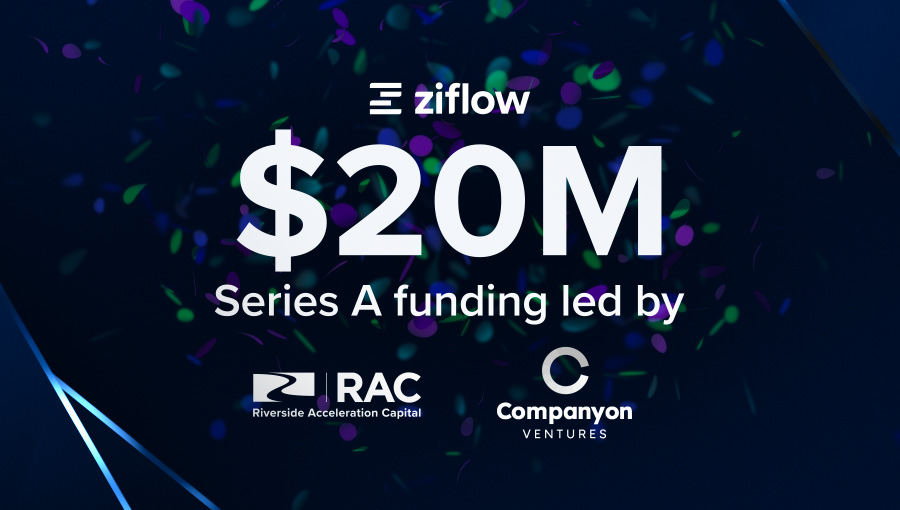 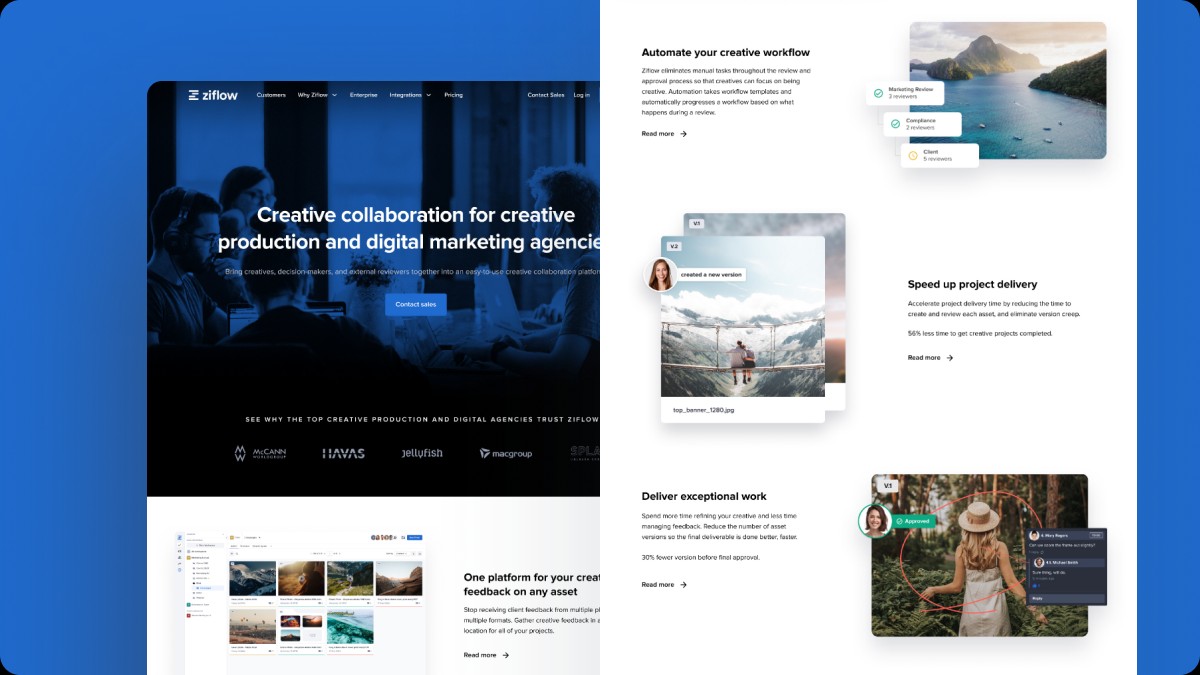 How our creative department manages the web design review process 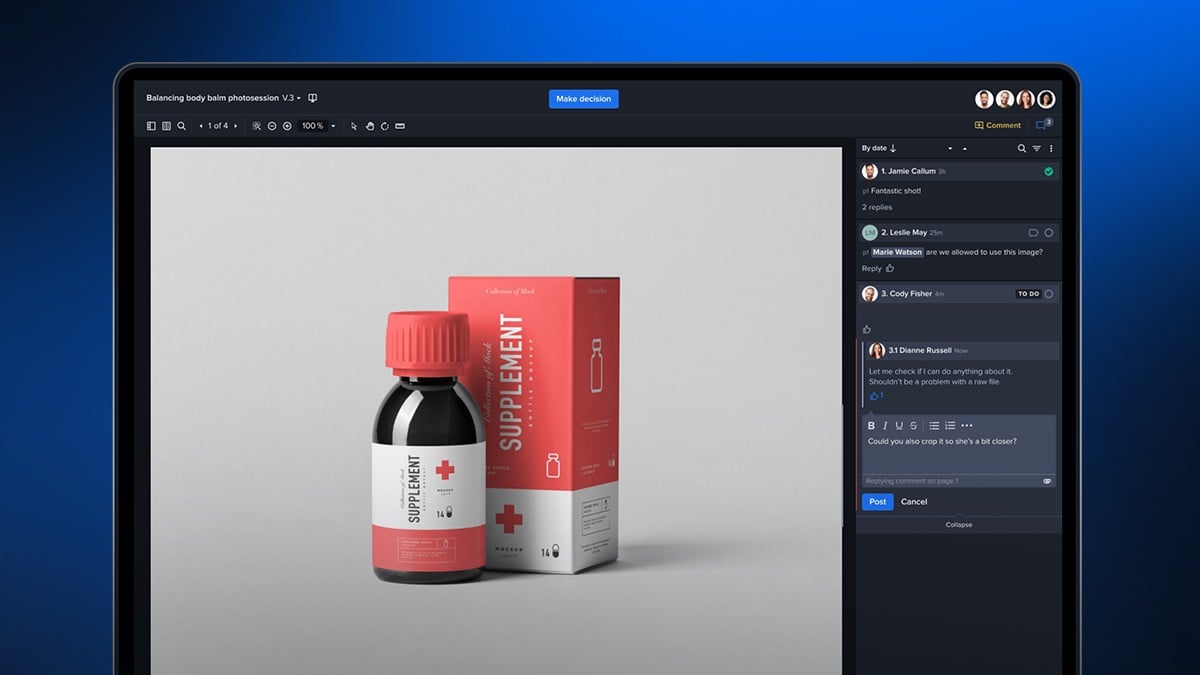 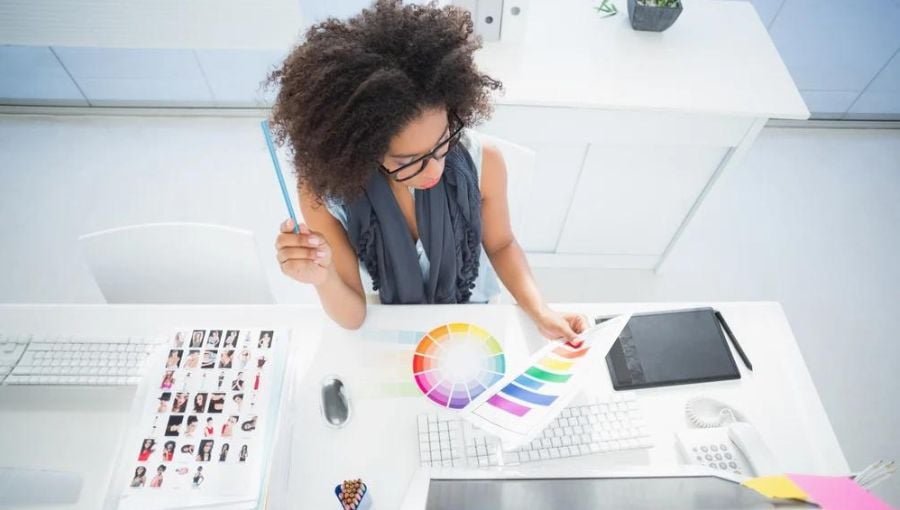